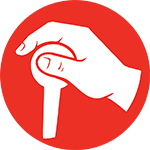 VR-Engage is MAK’s multi-role virtual simulator. VR-Engage lets you play the role of a first-person human character; a vehicle driver, gunner or commander; or the pilot of an airplane or helicopter. VR-Engage can be deployed as a trainee simulator, as a role player station, an instructor aid, a desktop simulation game, even as a VR headset experience. Built on mature proven technologies, VR-Engage gets its simulation engine from VR-Forces, and its game-quality 3D graphics from VR-Vantage.