Negative eigenvalue messages are generated during the solution process when the system matrix is being decomposed. The messages can be issued for a variety of reasons, some associated with the physics of the model and others associated with numerical issues. An example of the message that is issued is:

IN AN EIGENVALUE EXTRACTION STEP THE NUMBER OF NEGATIVE EIGENVALUES IS

THIS MAY BE USED TO CHECK THAT EIGENVALUES HAVE NOT BEEN MISSED.

NOTE: THE LANCZOS EIGENSOLVER APPLIES AN INTERNAL SHIFT WHICH WILL

EIGENVALUES ARE EXPECTED. A STATIC ANALYSIS CAN BE USED TO VERIFY THAT THE

IN OTHER CASES, NEGATIVE EIGENVALUES MEAN THAT THE SYSTEM MATRIX IS NOT

FOR EXAMPLE, A BIFURCATION (BUCKLING) LOAD MAY HAVE BEEN EXCEEDED.

NEGATIVE EIGENVALUES MAY ALSO OCCUR IF QUADRATIC ELEMENTS ARE

Physically, negative eigenvalue messages are often associated with a loss of stiffness or solution uniqueness, either in the form of a material instability or the application of loading beyond a bifurcation point (possibly caused by a modelling error). During the iteration process, the stiffness matrix can then be assembled in a state which is far from equilibrium, which can cause the warnings to be issued.

Numerically, negative eigenvalues can be associated with modelling techniques that make use of Lagrange multipliers to enforce constraints, or local numerical instabilities that result in the loss of stiffness for a particular degree of freedom. Most negative eigenvalue warnings associated with Lagrange multipliers are suppressed; the exceptions are when quadratic three dimensional elements are used to define contact surfaces, or when hybrid elements are used in a geometrically nonlinear simulation and undergo large deformations.

Mathematically, the appearance of a negative eigenvalue means that the system matrix is not positive definite. If the basic statement of the finite element problem is written as:

{x}T [K] {x} > 0 for all non-zero {x}. Thus, when the system matrix is positive definite, any displacement that the model experiences will produce positive strain energy.

In addition to the causes shown in the warning message, some situations in which negative eigenvalue messages can appear include:

Truss and membrane elements are sometimes the source of such issues. Consider for example a truss element aligned with the global X-axis and carrying a tensile axial load. The stiffness and loading in the transverse direction are zero and will not be sent to the solver. If the same truss is oriented arbitrarily in space and a transformed coordinate system is used to load the truss axially, it is physically the same situation; however, it is possible that the transverse stiffness and load terms may be numerically large enough to not be trivial but not large enough to provide sufficient resistance to load. Subsequently it can cause numerical issues. The addition of small initial stresses to trusses and membranes are strongly recommended to avoid these situations.

For analyses that do converge, carefully check the results if the warnings appear in converged iterations. A common cause of negative eigenvalue warnings is the assembly of the stiffness matrix about a non-equilibrium state. In these instances, the warnings will normally disappear with continued iteration, and, if there are no warnings in any iteration that have converged, warnings that appear in non-converged iterations may safely be neglected. If the warnings appear in converged iterations however, the solution must be checked to make sure it is physically realistic and acceptable. It may be the case that a solution satisfying the convergence tolerance has been found for the model while it is in a non-equilibrium state. If a model is overconstrained, it may be the case that the time average force reported in the message file is as large as to be physically meaningless; the default solution tolerances in this case will permit convergence to a solution that is not correct.

Mr Vignesh P has done his B. Tech in Mechanical Engineering from Guru Nanak Engineering College (Hyderabad) which is affiliated to JNTU, Hyderabad. He has done his Masters in Science in Automotive Engineering from M.S Ramaiah School of Advanced Studies (Bangalore) affiliated to Coventry University, United Kingdom. He has a total experience of 6.5 years in FEA domain. He has worked on software solutions like Abaqus, Ansys, and Hypermesh. He has handled projects like stent deployment simulations, seismic analysis of dams, optimization of industrial planetary gearbox, etc. He has been with EDS Technologies Pvt. Ltd. for more than 5 years helping customers to develop methodologies for their projects, supporting customers/users on their queries, trainings etc. of both academia (IITs, NITs) and commercial customers. 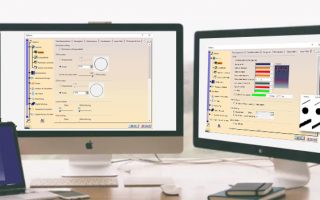 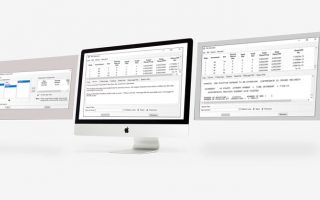 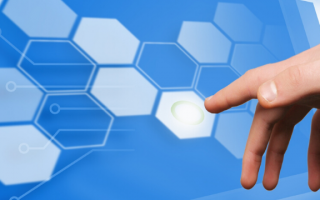